Most companies extend credit to their customers in one way or another. Perhaps you invoice on completion of a project or ship a product before receiving payment. If you extend credit to your customers, understanding local and regional business trends can help minimize potential losses. Analyzing business bankruptcy statistics can yield insights into which areas have a riskier environment for creditors. However, the standard approach for ranking states with bankruptcy data obscures the real trends.

We have an alternative approach to analyzing current business bankruptcy filings. We believe this approach will help credit professionals identify potential risks when making credit decisions.

Credit managers consider numerous factors when determining how much credit to extend to their customers. Most of the information is company specific, such as financial strength, liquidity and profitability as reflected on financial statements as well as credit references from other vendors. However, there are macro trends that can also impact the credit decision, especially for companies that do not have a strong financial position. For example, when the price of oil dropped from $110 a barrel to less than half, this macro trend had a huge impact on all vendors doing business with the energy industry.

An increase in business bankruptcy filings in a geographical area can also create higher risk for creditors due to a domino effect. When one business files bankruptcy, this can affect the financial condition of vendors who will not get paid by the bankrupt company. At The Kaplan Group, we are frequently hired for debt collection cases where the debtor’s primary cash flow problem was caused by a large customer filing bankruptcy. Unfortunately, these vendors often close before paying our client. As people lose their jobs due to employers filing bankruptcy, local consumer spending declines, impacting more businesses in the area and contributing to an overall decline in revenue and profitability.

This ranking suggests that doing business with companies in the top five states is most risky while it is much safer in states such as South Dakota, Vermont, and Wyoming.

BankruptcyData ranks states by the percentage of total filings. In the table below, they report that Delaware had 11.31% of all business bankruptcy filings in the USA during the first quarter of 2016:

The obvious problem with these rankings is that, with the exception of Delaware, which is a special case, the states with the largest populations and economies always rank at the top.

It is intuitive that states with larger populations and larger economies would have more businesses and therefore more business bankruptcies, and this is confirmed by the data above. This does not help credit professionals evaluate risk on a geographical basis because all these rankings do is reflect the population and economy size.

In the table below, we have divided each state’s population and its gross domestic product by the number of business bankruptcy filings. This allows us to compare and rank states to adjust for these factors. Rankings based on population and economy size are similar, so we computed a simple average of these two rankings for our final ranking of states to evaluate business credit risk based on bankruptcy filings.

None of the six most populous states rank in the top 5. California, which has a population twice to 50 times larger than all other states (except Texas) is now tied for 42nd out of 50. Texas drops from #3 to #29 and New York declines to #29.

But not all states with large populations and economies saw a significant change. Illinois and Pennsylvania each have an average ranking of 7 in this revised analysis, just a small change from their top 5 ranking based on number of filings.

Of most interest to credit risk professionals are the states with smaller number of filings that suddenly rise to the riskiest places in the country when adjusted for population and economy size. Delaware is an anomaly because so many out of state companies incorporate there due to favorable corporate charter laws that it skews the results. Delaware should be ignored in any ranking system. But New Hampshire, which had fewer business bankruptcy filings than 33 other states, turns out to be the second worst state after Missouri (which ranked 7th in number of filings).

In any financial analysis, it is good to look at trends in addition to single points in time. Credit professionals want to understand if risk is increasing or decreasing in an area.

However, since the percentages are so influenced by state population and economy size, the trends that result can be just as misleading.

Alternatively, Missouri, which ranked worst in BankruptcyData’s year over year analysis based on percentages, had its adjusted ranking increase only 2 spots. Texas actually improved its ranking compared to other states by 10 spots.

The map below provides a quick look at which states had the highest business bankruptcy risk in 2016. The best states with the least bankruptcy risk are South Carolina, Hawaii, South Dakota and Washington, whereas credit risk is higher in Missouri, New Hampshire, Arkansas and Kansas. Embed this infographic on Your Site: Copy and Paste the Code Below

Instructions: Click within the text box above, hit CTRL+A to select, CTRL+C to copy, and then CTRL+V to paste into your blog editor.

As you can see, understanding what bankruptcy statistics really mean isn’t as simple as looking at a list of numbers.

Before extending credit to a customer, it’s important that you evaluate both the customer’s individual financial status and the general environment in which the customer is operating. In order to make sure your evaluation is accurate and helpful, you need to understand what the numbers actually say. As a collection agency, we know first hand that being careful about where and how businesses extend credit can help prevent future debt collection problems.

Get the latest blog posts from The Kaplan Group straight to your inbox! 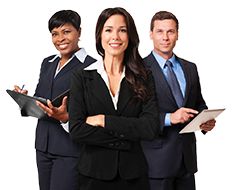